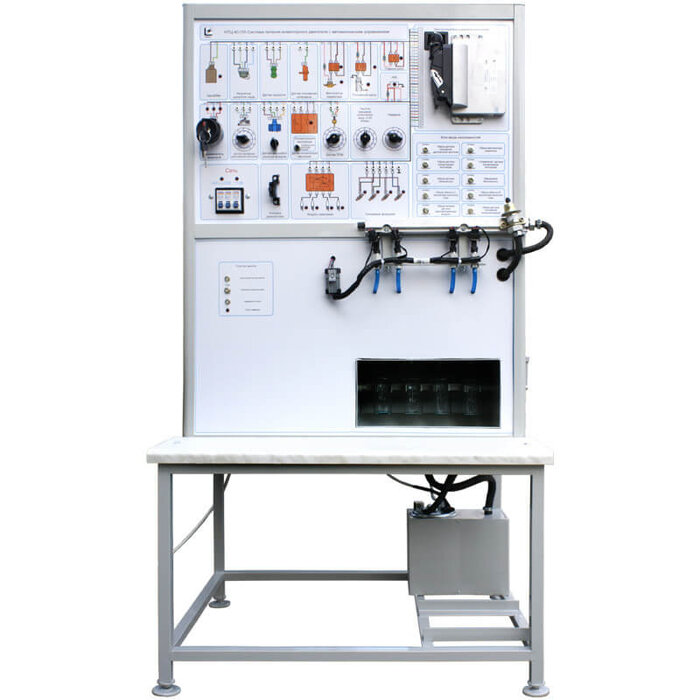 The stand provides the possibility of direct electrical measurements in the circuits of investigated systems, including malfunctions and their further diagnosis, adjustment of parameters with usage of any known diagnostic equipment for investigated systems of car engines.

Structurally the training system consists of a metal frame with the following equipment installed: internal combustion engine, a fuel tank with a fuel pump and filter, an aluminum frame with a working panel.

In the upper parts of the front panel there are sensors (speed, crankshaft positions, throttle positions, air mass flow, oxygen concentration, coolant temperature), actuators (adsorber, idle speed regulator, radiator fan, fuel pump, main relay, ignition module , fuel injectors) ignition switch, rear crankshaft speed sensor and diagnostic engine electronic control system, fault input unit. Near the images of the sensors there are test points to take the signals from the sensors, and regulators that allow to change these signals. Near the images of actuators there are also test points for these devices.

Sensors and regulating Ora, allow you to change these signals. Checkpoints and status of these devices.

In the lower part of the front panel there is a fuel rail with nozzles and a fuel pressure regulator, an injected fuel flow meter with the ability to measure fuel consumption individually for each nozzle, a cycle counter, which allows you to turn off the fuel supply through a specified number of engine cycles.

As a working fluid of the injection system, instead of gasoline, coolant for automotive cooling systems is used, which is supplied from a tank with an electric fuel pump through a fine filter in a BOSCH fuel rail with solenoid nozzles and a fuel pressure regulator.

The training system is supplied with: 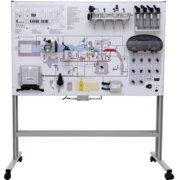 Injection system FSI
The stand allows the investigation, the diagnostics and the troubleshooting of the gasoline engine i
Gasoline Engine
Content languages
English , Russian
Add to quotation list 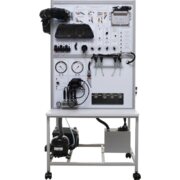 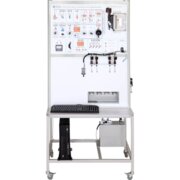 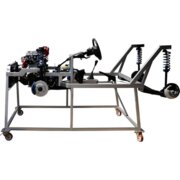